Bushwalking and birdwatching are popular in the Humbug Point Nature Recreation Area (1620 ha). The heath attracts a large number of birds, including yellow-tailed black cockatoos, wattlebirds and honeyeaters. Sea birds include the spectacular white-breasted sea eagle, gannets, petrels and even the occasional albatross.

In spring the area is ablaze with colour. The distinct yellow cones of Banksia marginata are a common sight. Early explorers observed that Aboriginal people would pluck the flowers and suck them to extract rainwater and nectar. The yellow fleshy fruit of pigface (Carpobrotus rossii) was also considered to be a delicacy.

The Dora Point Campground within the Humbug Point Nature Recreation Area has accessible campsites and toilets that are accessible with assistance. There are also showers within the toilet block, although the cubicles would not be accessible to wheelchair users. 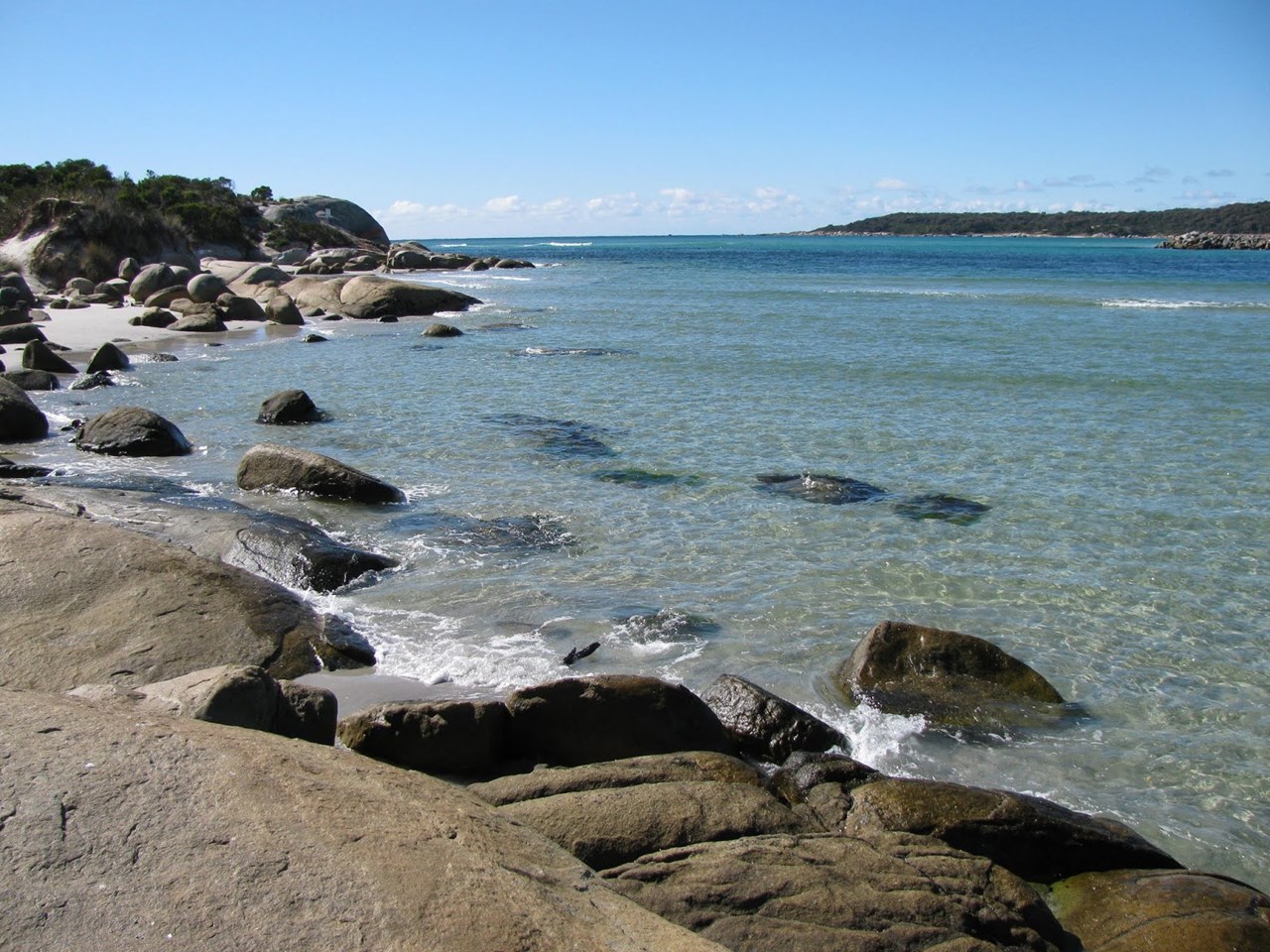 Below you can add images related to Dora Point Camping Area - Humbug Point .