Overnight rest area. Visitors will have access to a picnic table, bins, and shade - no other facilities provided. Pets on a lead permitted.

Originally known as Split Rock, the boulders afforded gentleman bushranger Frederick Wordsworth Ward, better known as Captain Thunderbolt, the perfect vantage point for monitoring the approach of unwary mail coaches. He first visited the site in 1863 when, after a daring escape from Sydney's notorious Cockatoo Island prison, he and fellow escapee, Fred Britten, used the rock as a hideout. They were surprised by passing troopers while lying in wait at the rock to bail up an approaching mailman. Thunderbolt was shot in the knee during the fiery exchange of gunshots that ensued.

You can drive up and park at the 'Rock' and quickly understand the use of the cluster of boulders both to hide behind and for sighting mail coaches travelling along the highway, through what was then beautiful timbered country.

Visible in the distance to the west is a line of trees marking the course of Kentucky Creek where Thunderbolt was shot and killed by Constable Alexander Walker in 1870. 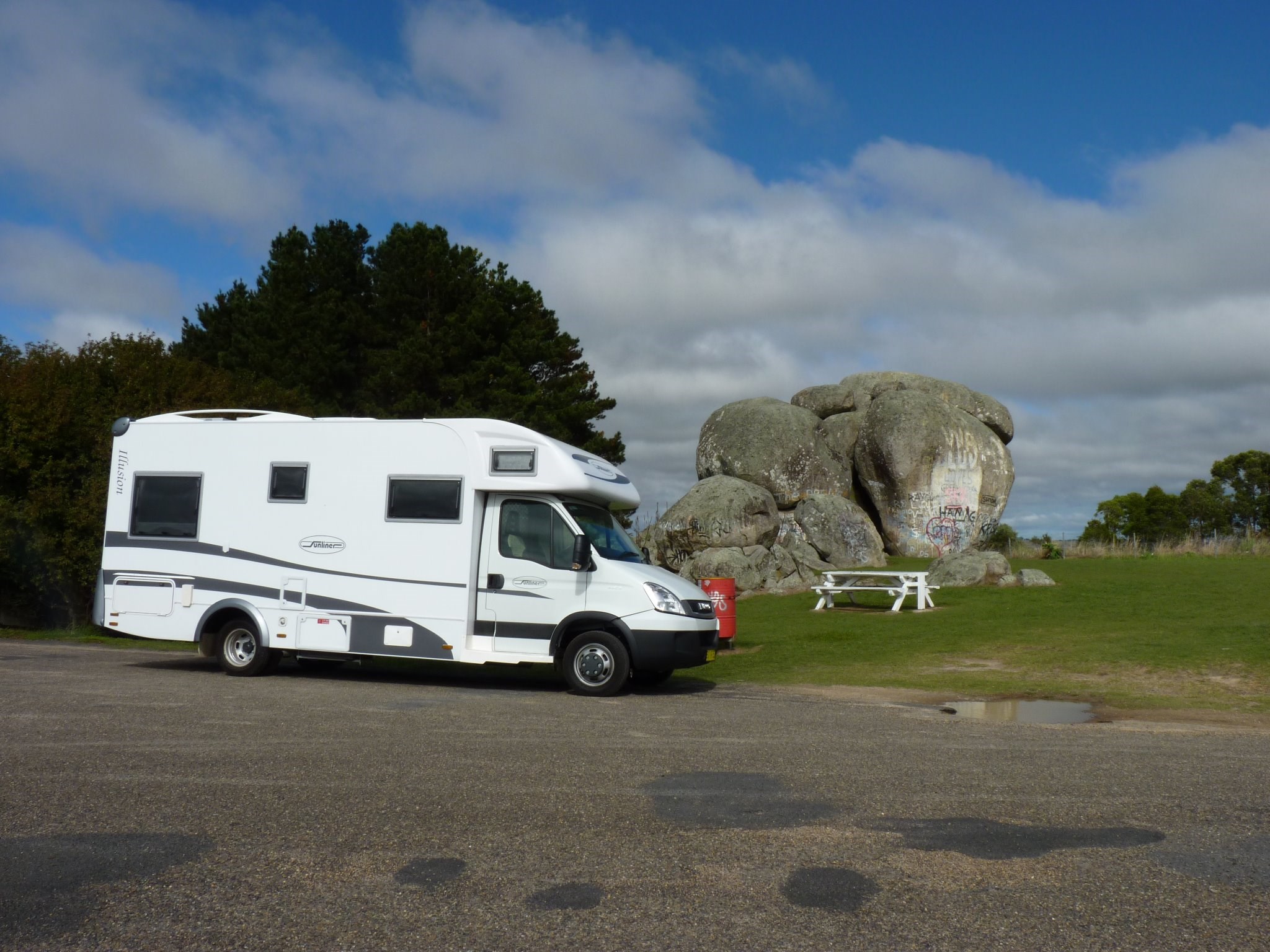 Below you can add images related to Thunderbolts Rock Rest Area.