Lake Indoon is a popular destination for campers, some travelling from as far away as the south-west of WA and northern WA, for weekend camping and other recreation activities. The camping grounds are simple, and there are clean toilet facilities and a drinking water tank.

Lake Indoon is a brackish, freshwater lake, which has served as an aquatic playground since the late 1950s, early 1960s. The lake covers 130 hectares of the Lake Indoon Reserve, with a depth varying from approximately 1.5m – 5m depending on the seasons and rainfall. It is approximately 4.5kms around the lake, via the beach. Lake Indoon is fed from Erindoon and Bindoon creeks, and fills up by the end of winter. Overflow from Lake Indoon drifts back in to the Lake Logue system. Back in the 1930s, when the lake was dry, the local property owner built a windmill in the lake basin. Parts of the windmill head can still be found on the southwest corner of the lake.

Lake Indoon is located in the Carnamah Shire, along the Eneabba-Coolimba Road. It is approximately 12km west of Eneabba and 19km east of the coast and Leeman.

The Lake Indoon facilities include camping grounds around the lake, an ablution block with showers, and a tank for drinking water. The boat ramp has been reconstructed, making it a sturdy, concrete structure. Bookings for camping sites are not necessary. A gas BBQ and picnic area is available for your use near the boat ramp on the north side of the Lake. Murals have been painted on the ablution block and drinking water tank by local artists. 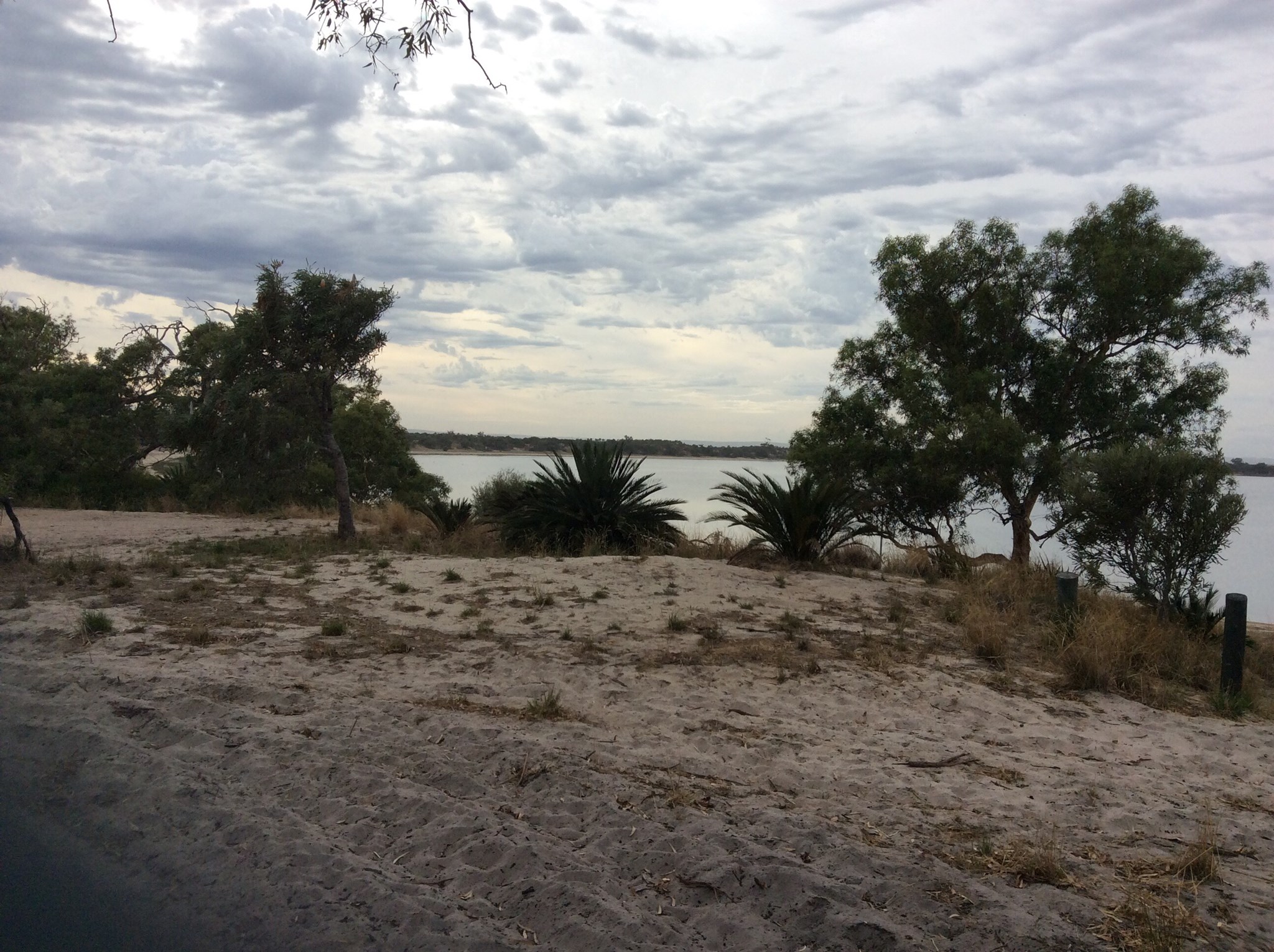 08/04/2021
72 hour donation camping area adjacent to the (currently dry) Lake Indoon near Eneabba. Good facilities. Large area around the lake comprising a series of bush camp sites with sandy/dirt base many with shade. Flushing toilets, cold showers and potable tank water and bins. Covered seating and BBQ area. Peaceful quiet setting. Variable Optus and weak Telstra reception but no TV. Stayed 3 days and despite it being occasionally windy I really enjoyed my stay. Facilities cleaned several times a week. Good walks out on the lake.

29/08/2016
This is a great spot during wildflower season. Lots of space and plenty of shade with flushing toilets, cold showers, bbq's and covered picnic tables and plenty of flowers. There is also a large variety of birdlife here.

09/12/2019
It would have been idyllic except for the flies and swarms of bees. The lake was just dry salt, we packed up and moved on.

11/02/2017
A lovely spot by the lake( but hardly any water at the moment) Good facilities and a good 4 klm walk around the lake with a lot of bird life.

Below you can add images related to Lake Indoon .