Judbarra / Gregory National Park covers an area of around 13,000 square km in the transition zone between tropical and semi-arid regions of the Northern Territory. The Park features spectacular range and gorge scenery and significant traces of Aboriginal culture, European exploration and pastoral history.

A number of 4WD tracks have been established within the Park for visitors who have the required safety equipment. Other roads within the Park are accessible by 2WD vehicles, however towing caravans or trailers over these tracks is not recommended. All roads, including the Victoria Highway may become impassable during the wet season.

A number of camping areas have been established throughout the Park, incorporating barbecue areas, picnic tables and pit toilets. A nominal camping fee applies.

Caravans accessible only off the Victoria Highway. Not recommended to be taken into interior of Gregory National Park due to the rough terrain.

Generators are allowed between 8am and 8:30 pm.  Dogs must be kept on a leash. 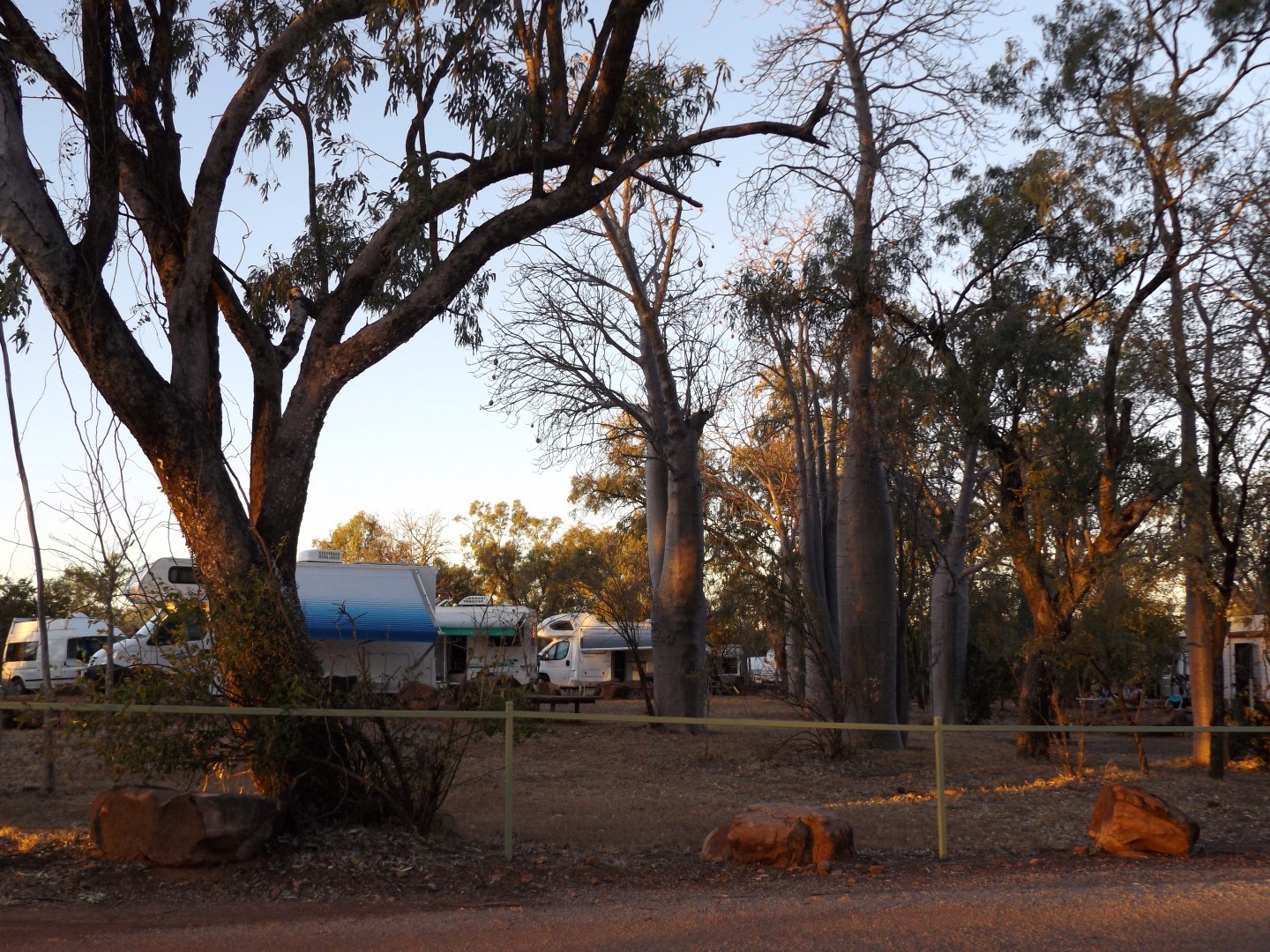 04/07/2016
A good free camp with mostly shady sites. Need to be in early to secure a half reasonable site. Bins provided and toilets are as expected but clean.