The present Shannon Campground was a thriving town in the 1940’s where mill workers resided with their families. They worked at the Shannon Timber Mill, north of the highway.

A whole community
The settlement had 90 houses that were built in one double U-shaped row that surrounded a central communal area. Just like other small towns in the area it had the basic services; a butcher, bakers, general store, post office, nursing station, church, school and a place to party and dance at the local hall.

A small Forests Department settlement with ten houses was next to the mill site.

Not an easy life
Even after the new town was established and families moved in, many amenities had to be finished. The electricity went off at midnight, there was no running water and groceries were delivered on order from Northcliffe.

Need for a dam
In winter, water for the town and mill was drawn from the Shannon River but the river often dried up in summer. A dam was built upstream from the mill sites in 1949 to ensure summer supplies. A picturesque spot, the dam soon became a popular recreation place.

End of an era
The mill closed in 1968 and most of the Shannon workforce was transferred to the mill at Pemberton. The houses from the Shannon townsite were sold and transported away.

Ghosts of the past
Evidence of the old town can be seen today such as the fruit trees still growing in the cleared areas of the Shannon Campground. Traces of the foundations of old building and railway lines can be found along the Shannon Dam walk trail.

Stay a while
Shannon Campground has many different campsites to choose from. There are single and group sites for tents and vehicle based camping. Two camp huts are available on a first arrival basis.

Campfires are usually permitted, in the provided fire rings only, between April 15 and November 30 but fire restrictions may be imposed at any time and without notice. Bring your own firewood. 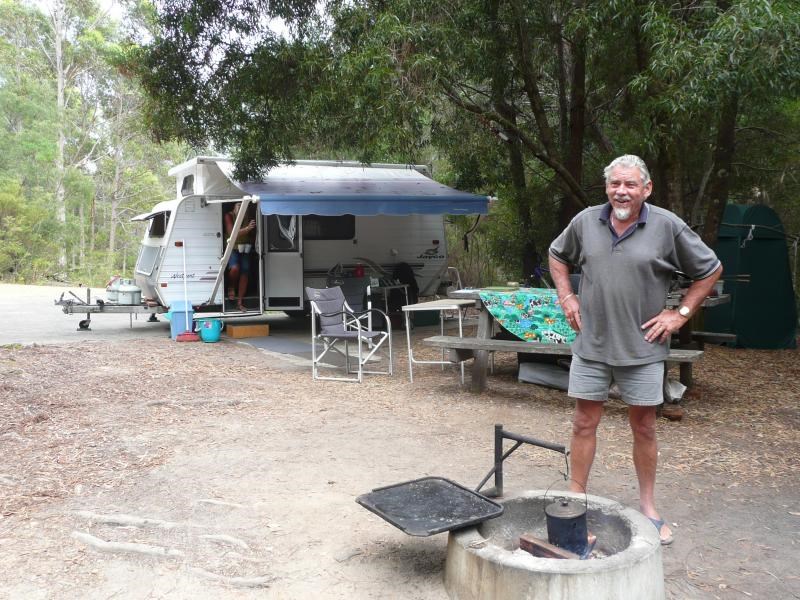 23/02/2016
Park closed for a major upgrade. Great spot when we last stayed there under a canopy of trees. We were oblivious to the storms above at the time.

Below you can add images related to Shannon Campground - Shannon NP.